The Power and Impact of the Cross 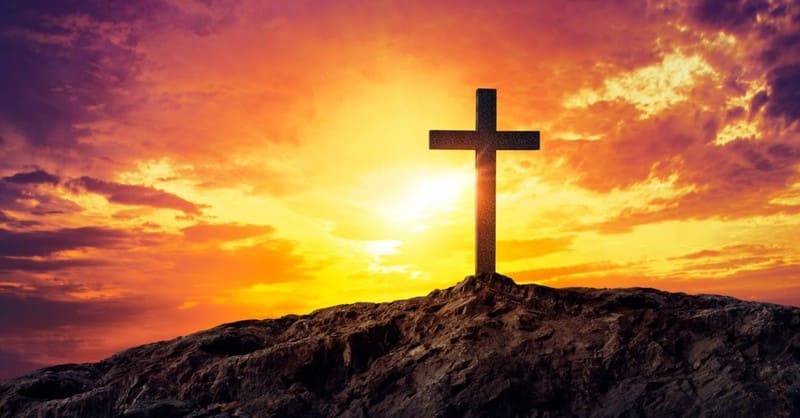 THE POWER AND IMPACT OF THE CROSS 1

We often hear the phrase “the crux of the matter” or “the crux of a situation.” The word crux comes from Latin and simply means “cross.” Why has the word crux come to be associated with a critical juncture or point in time? Because the cross of Jesus Christ is truly the crux of history. Without the cross, history itself cannot be defined or corrected. There is another word we often hear when we are in the throes of indescribable pain—the word excruciating. That, too, derives from Latin and means “out of the cross.”

For within the paradox of the cross is the combining of our need and God’s provision. The cross of Christ is the most revolutionary thing ever to appear among men. The cross of old Roman times knew no compromise; it never made concessions. It won all its arguments by killing its opponent and silencing him for good. It spared not Christ, but slew Him the same as the rest. He was alive when they hung Him on that cross and completely dead when they took Him down six hours later. That was the cross the first time it appeared in Christian history.

After Christ rose from the dead the apostles went out to preach His message, and what they preached was the cross…

THE POWER AND IMPACT OF THE CROSS (2)

In ancient times (i.e. .from about the 6th century BC until the 4th century AD), For the Romans, the cross was an instrument of death by the most torturous and painfully ways. This especially apportioned on the most notorious of criminals, one who has become a menace to the society. The cross, introduced by the Romans was used as a means of executing the vilest of criminals among the Jews. This is usually done outside the camp where all who have troubles and problems would cast them on the one to be crucified. It was used to deal with a ‘bad omen’ and with problems that have defied solution.

But why will the Son of God suffer such kind of death?

The Jews do have other means of killing an offender in Israel. Offenders who committed sins worthy of death for instance, were dealt with by stoning to death. This was applied in the case of an adulterous woman or a man who raped a virgin. It was used to execute Naboth in the Old Testament and Stephen in the New

But when a man was regarded as an incurable menace to the society, a problem to his family, someone that cannot be improved upon, then the elders would conclude that he dies by hanging on a tree or the cross, because he was regarded as a defilement to the land and a cankerworm in the inheritance of the people. It was used to deal with a ‘bad omen’ and with problems that defy all human solutions.

The Lord Jesus while speaking to Nichodemus in Jn. 3:14-16; symbolized his death on the cross with the bronze serpent lifted by Moses for the Israelites in the wilderness.Num.21. How can he who knew no sin be treated as a serpent on the tree?

THE POWER AND IMPACT OF THE CROSS (3)

In Christianity, the cross is the intersection of God’s love and His righteousness, Jesus Christ was first and foremost introduced to mankind by John the Baptist as “the lamb of God who takes away the sin of the world”. (John.1:29), thereby identifying Him and God’s plan for Him to be sacrificed for sin. The cross for Jesus Christ was the Father’s will, that must be done rather than one’s personal self- will, the cup that must be drank for the salvation of all mankind.

“Then I said “Lo, I have come to do thy will, O God; as it is written of me in the roll of the book”. And by that will we have been sanctified through the offering of the body of Jesus Christ once for all”. (Heb.10:7, 10 RSV.).

The cross was the climax of Christ’s earthly ministry. The cross for Jesus was the death He must taste for all to have life in Him. The grain of wheat that must die for others to be reproduced. (Math.16:21-23.John.12:24).

Pray the Holy Spirit to open your eyes to see vividly what the cross means for our salvation and the inexhaustible grace and benefits of the cross. it is my personal prayer for myself and everyone who will find this narrow way: That your understanding of the cross and your commitment to its imperative will be greatly increased. Amen. There is no more important theme than this one. It stands as the defining counter-perspective to everything this world has to offer. As you meditate upon this paradox that propels wonder and worship, may you be moved to sing with the hymn writer:

Were the whole realm of nature mine,

That were a present far too small.

Love so amazing, so divine,

Demands my soul, my life, my all!

No comments to show.

Join Us as we take the Gospel to the ends of the earth.